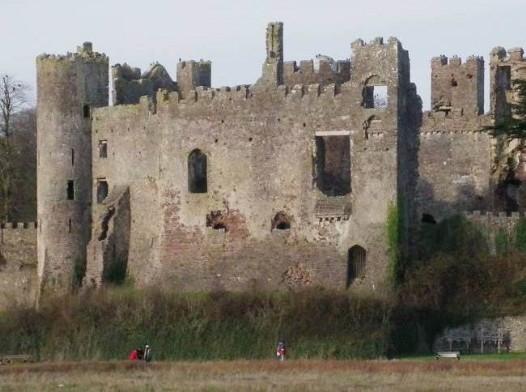 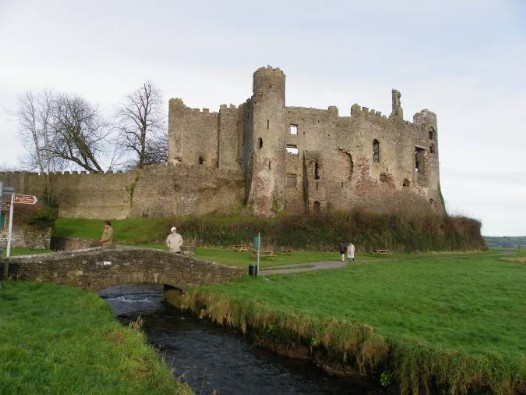 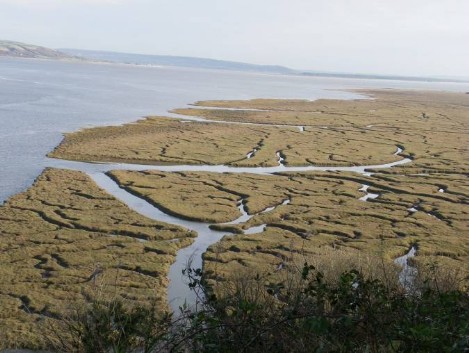 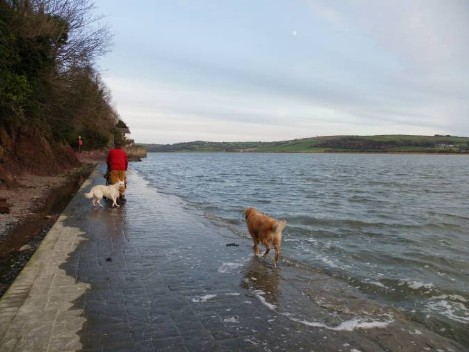 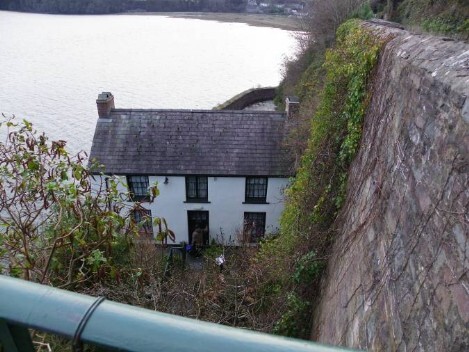 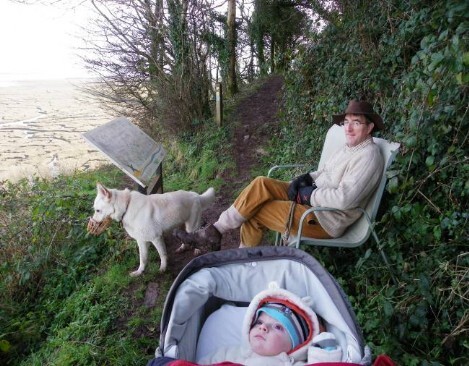 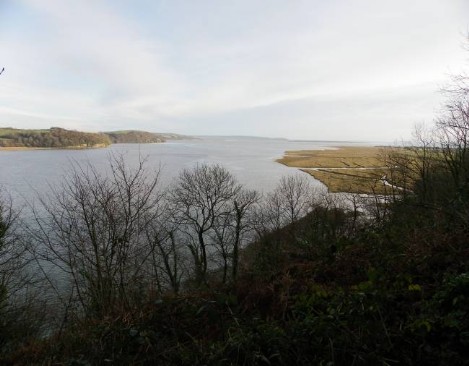 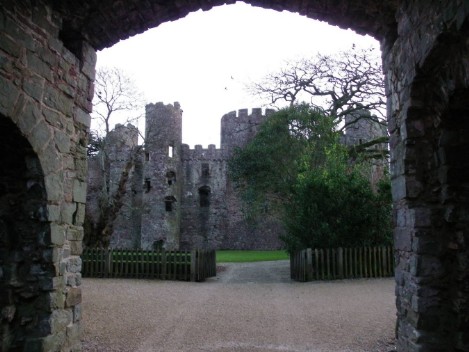 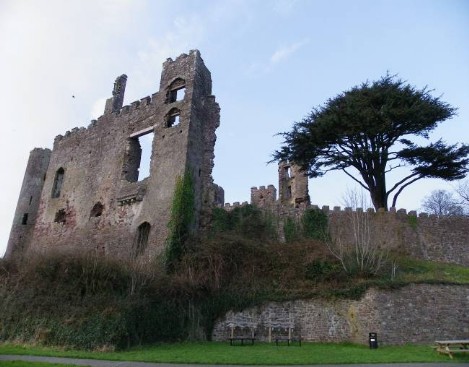 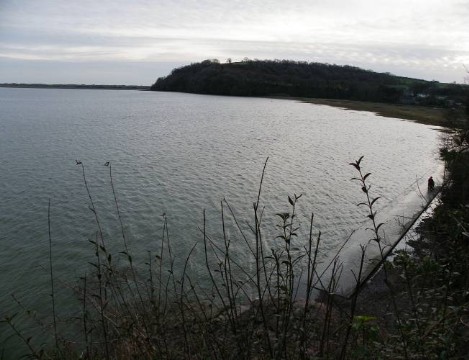 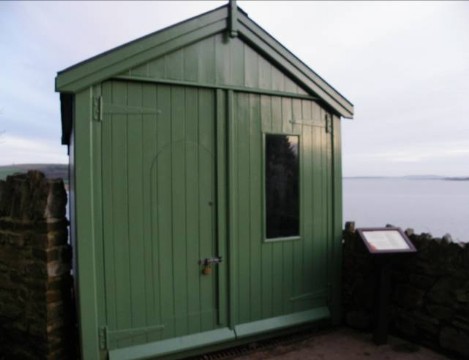 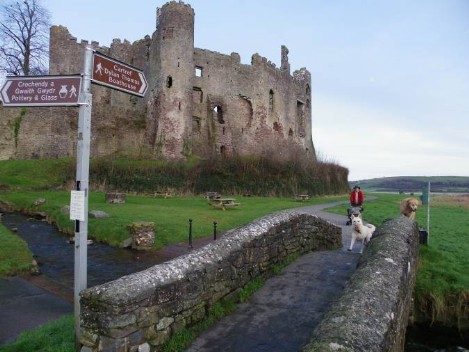 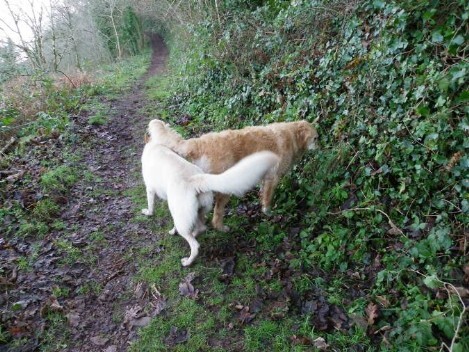 The Castle ruin has been all closed up every time we've been here. It must open in the summer.

We park in front of the castle overlooking a bay with mud flats and grounded fishing & leisure boats at low tide.

Allow an hour to wander around the castle, outside it, peer into the Dylan Thomas garage (a shed where he worked and wrote). Pop into the boat house tea rooms. Walk along some cobbled streets in the old part of Laugharne, behind the castle.

However before visiting the town, us dogs will want to stretch our legs for a couple of hours on the coastal path walk, so let's first have our woodland run. The coastal path has views over unusually maze-like mud flats.

Facing the sea, turn right leaving the castle behind. We go around the curved bay, along an uninspiring potholey dirt track.

We are now at the far side of the bay relative to the castle.

Before this building, we turn right up a steep woodland path.

This winds higher and more prettily until we overlook the coast and sea.

Laid before you now is a panoramic scene of green mud flats with water channels meandering through, as far as the eye can see.

The coastal path goes on for a while. It is not very friendly to wheeled vehicles but Jack and Master persisted along it for an hour before turning around and retracing their steps so we'll do the same.

Once you have tired us dogs out on the coastal path, Jack says we can take a leisurely amble together around the bay, splashing in and out of the water pools, under the castle itself.

Up some steps from the beach we'll find a green shed overlooking the coast. We can peer through a peep through window to see the room where Dylan Thomas penned much of his poetry.

The shed-cum-garage should not be confused with the famous Dyland Thomas boathouse - further along the same road and down some steps. There is also a Dylan Thomas exhibition centre.

The boathouse and Exhibition Centre require the rendering of coinage to secure entry - so my master has never ventured inside!