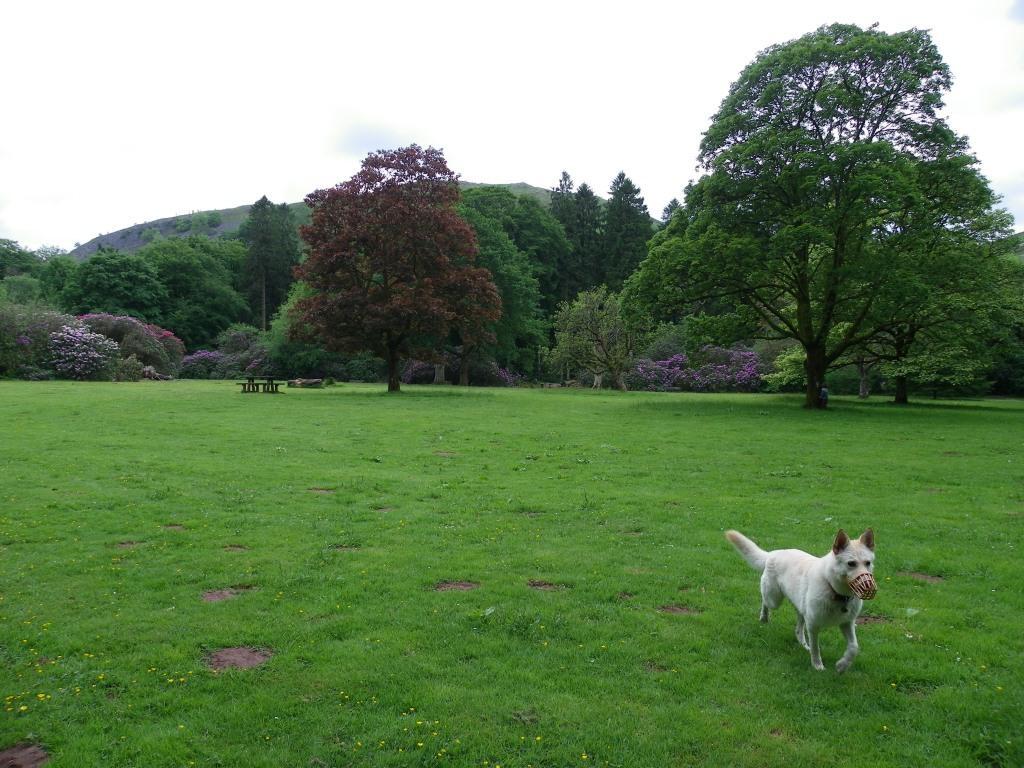 This past weekend I went over to Ward's island (my favourite place in the city) to relax on the beach. The greatest thing about this particular beach is how chilled out they are about dogs. They're literally everywhere; swimming in the water, playing fetch and just having an amazing time. When I was there this weekend I saw something that literally made me cringe... you know those moments where you consider forgetting social appropriateness and just saying something? This was, hands-down, one of those moments.

There was this super sweet young couple and they had a brand-spankin' new Golden Retriever puppy. This puppy couldn't have been more than 9 weeks old. He still had that perfectly round puppy belly that I love so much. I could tell how much this couple just adored their new little pup, and yet, what they were doing to him was traumatizing. They were repeatedly taking him out into the water (which was cold, and not-so-calm) and just putting him in the water. He had no choice but to swim for his little life back into shore. When he got there, they'd pick him right back up, walk him out and toss him in again. With each swim, I could see the fear and anxiety increasing in his little face. He was just screaming for someone to help him. It made me realize that this couple was just doing what they'd been told:

It's one of the most important things we can ever do for our puppies, and yet, I fear that even though we've successfully gotten the message out there, we've failed to get the WHOLE message out there. Socialization doesn't just mean "plop your dog down in the middle of every single scary situation that you can imagine so that he'll get used to it".

Around 8 weeks of age until 11 or 12 weeks (some trainers will say up to 20 weeks) puppies are experiencing what is sometimes called a CRITICAL FEAR PERIOD, and also a FEAR IMPRINTING PERIOD. The timing of this stage is debated by trainers, but it is at least universally agreed that puppies during this stage are especially sensitive to their environment and are likely to show increased fear responses. During this time, the littlest thing can scare your pup; a flapping garbage bag, breaking glass, fireworks (as I'm sure many of you know).

The experiences your pup has at this time in his life can literally affect him for the rest of his days. They often do. In fact, when the puppy was being thrown into the water I said to my sister, "that's the fastest way to make sure your dog hates water for his entire life".

So now's the part where I tell you how to do it right. It's not all doom and gloom here, my friends... don't you worry. The best advice I can give you is to take your pup to a puppy class! Surprised? I know it seems like a bit of a shameless plug, and it sort of is, but I promise I'm mostly thinking about the dogs.

The beauty of a puppy class is that your instructor is in control of the levels of stress that your puppy is under. We can coach you about how to know if your dog is stressed and what to do if he is. We can slowly expose your pup to all of those scary things in life but at a level that your pup can handle... and guess what? We pair those things with treats! That's the most effective way to ensure that your pup thinks scary things are actually pretty awesome. If I gave you a $20.00 bill every time you saw lightning, you might just start to hope for lightning.

The MOST important part of proper socialization is to go at your pup's pace. If your puppy doesn't want to do something, please PLEASE don't force him. I promise you that if you give him enough space he'll approach scary people and things on his own time. When he finally does, you can shower him with praise and hotdogs. Not all dogs want to greet every person and jump in every mud pit they see. If he's shy, let him be shy... it's not the same as being fearful. Be respectful of your puppy's personality and accept him for just who he is, even if he doesn't feel like going for a swim.

Feel free to email or call us if you have any dog-related questions and we'll be sure to help you out.