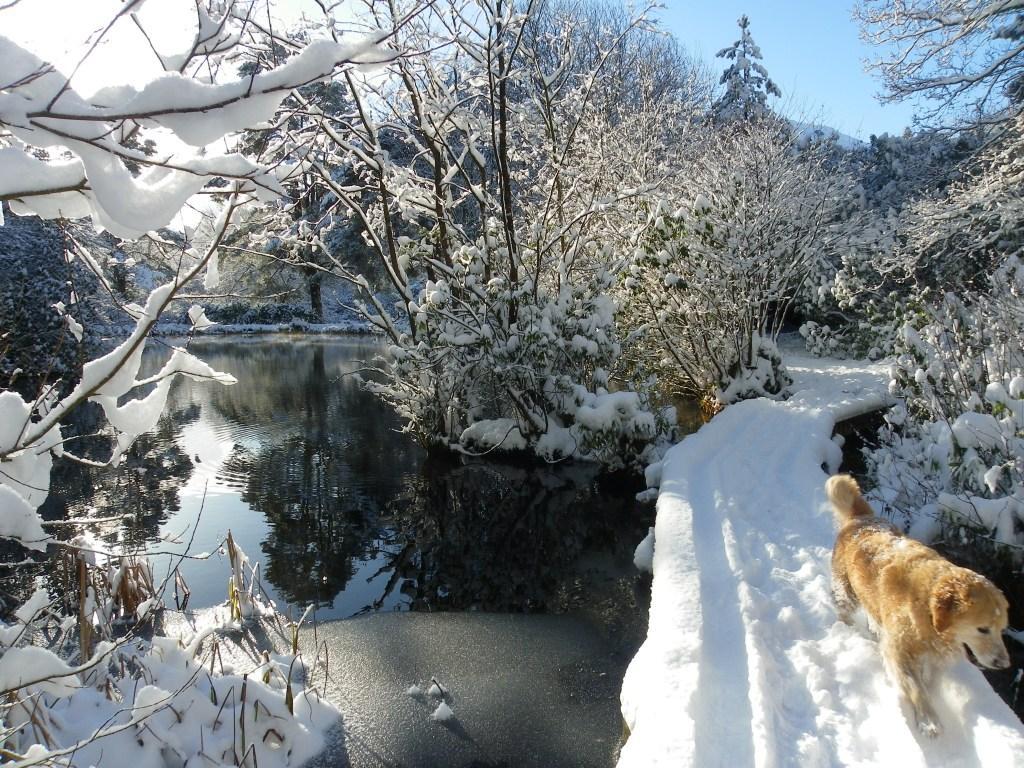 Dog Friendly Tips: Puppy Nipping: What Goes Wrong and How to Fix It

Sometimes in dog training there are methods that are tried and true. We use them because they work. We recommend them without even thinking twice... and rightfully so. I'm sure by now, you've all heard about the often-prescribed solution to puppy nipping: Simply say a quick "ouch" and the puppy will back off. Let me be the first to say that this technique isn't wrong. It works. Many puppies will keep their teeth away from your skin after only a few repetitions of the "ouch" cue.

But what about the others?

You've met them. I'm sure some of you even own them. Instead of "milk teeth" your puppy has been blessed with tiny daggers of doom. And he intends to use them. When you offer an "ouch" he laughs, then offers you a solid backhand to the face, but not before ripping your favourite pair of jeans to shreds. In fact, the "ouch" seems to become his cue to shift into high gear. Now, not only is he nipping, but he's also jumping, humping, barking and tearing around the living room. The advice of your well-meaning trainer now seems like some sort of April Fool's joke.

So what do you do?

Let's start back at the beginning where things started to go wrong.

Ouch Must Be Followed By a Consequence

The whole point of offering your puppy some sort of cue that he's biting too hard is that it should really be meant as a warning that he's losing the opportunity to play with you. Most of the time, puppy nipping becomes more intense when your play becomes more intense. His excitement level gets so high that he can't seem to bring himself back to earth. Think two year-olds on Halloween. So by simply offering the word "ouch", then resuming play, you've missed the most important component.

The word "ouch" should always be followed by REMOVAL of play! Your puppy needs to learn that every time his teeth touch skin, he hears the cue "ouch", and then (gasp) he loses his play buddy! You don't have to throw him in the basement for a week... simply say "ouch" then turn your back on him for five or ten seconds. If you're on the couch with him, put him on the floor. If you're in front of your bedroom, run behind the door and leave him.

Redirecting Him to a Toy Can Sometimes be Reinforcing

Any good trainer will teach you to have a plethora of high value chew toys within reach at all times. If your puppy is interested in his toys, he'll be a lot less interested in your forearm. However, a lot of people inadvertently train their pups to bite them in order to get a toy. Think about it. Your pup bites too hard, then you immediately shove a toy in his mouth.

The CONCEPT is there, but the timing of the redirect is off. Instead of immediately grabbing him a toy after he bites, think more prevention. Assume your puppy will want to nip you and come prepared with a toy BEFORE he does. Get in the habit of playing with a toy as a general rule of thumb, rather than resorting to the toy when things have already got bad.

Give Him More Down Time

Remember two paragraphs ago when I was talking about a puppy's level of excitement? What I'm seeing more and more is that puppies in today's culture are overstimulated. Between daycare, dog walks, kongs, puppy class (good choice), and play groups, our puppies are literally exhausted. They rarely get a chance to actually sleep... and I mean proper REM sleep, not just resting beside us on the couch. The result is that our puppies become more rambunctious than usual. Again, think two year-olds on Halloween. A tired dog isn't always a good dog... sometimes it's a spawn of Satan.

So here's my suggestion for you. Give him two "ouch"es in a row, and if he continues, just give him a break. By constantly yelling at him, you're just feeding the beast, making him more and more aroused. When you can tell your puppy has passed the point of no return and he's just out of control, calmly put him in his crate. He probably just needs a nap. Leave him in there for a good half hour to an hour and you'll be amazed at the difference.

Just give a few of these simple changes a try and let me know how it goes. If your pup is anything like half the puppies I meet, you'll find it makes a difference within the first few days. Keep the faith!

Follow the Leader Inc. is a Toronto-based dog training school specializing in group training classes as well as private in-home behavioral consults. It is co-owned by certified trainers Jon Fowles, CPDT-KA and Danielle Hodges, CPDT-KA. Feel free to email or call us if you have any dog-related questions and we'll be sure to help you out.