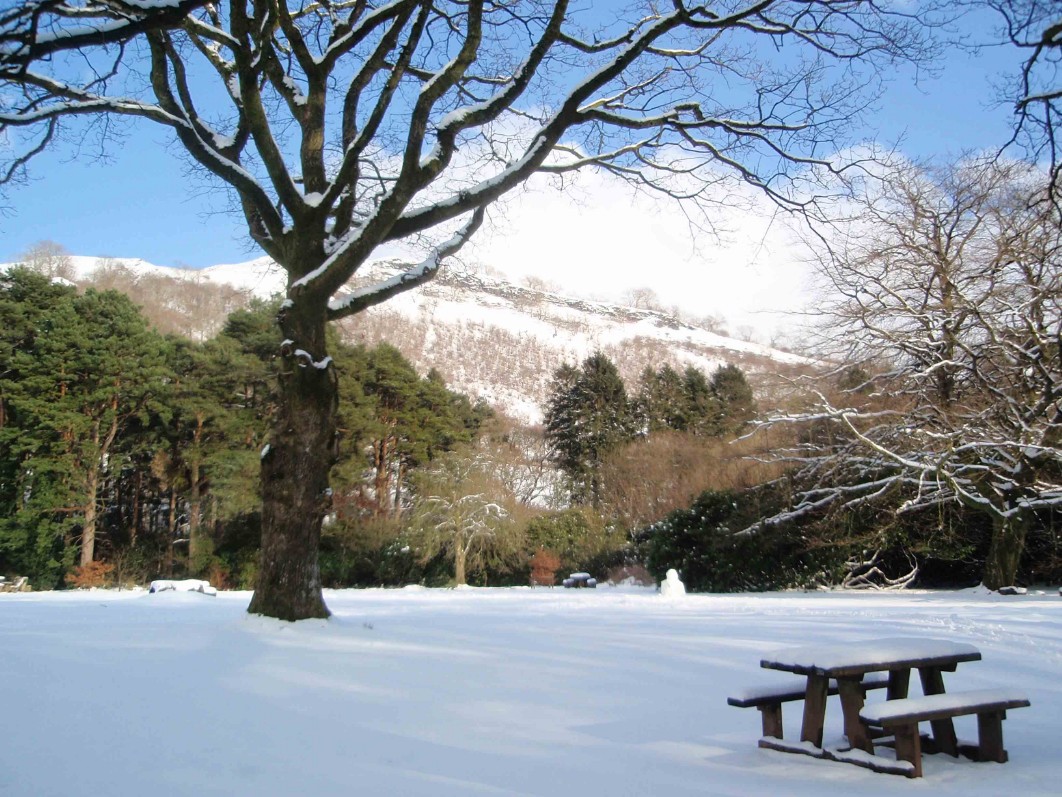 Dog Friendly Tips: Stopping a dog pulling on the lead

Another problem to correct with the discipline-with-no-reward method is that of a dog constantly pulling on the lead.

This is an alternative way to the more normal methods and is not recommended if you have tennis elbow.

Cut a sapling about eight feet long and remove all the leaves except those at the end. As you walk your pulling dog, lower the sapling so that the dog is walking into the leaves on the end. In a short time most dogs will back off and walk with a loose lead rather than constantly pull into the "bushes."

Jack used to always pull on the lead and was frequently told not to. One day while descending a steep snow covered icy mountainside, he pulled me down and I fell and slid with him down the mountain for a few feet. He has rarely pulled since!  Also he is very good at walking to heel, better off the lead than on.

Sheeba on the other hand is always 'pulling', which is quite useful if going uphill but not so useful downhill. I have tried the sapling method but it doesn't work. Flapping it in her nose has the desired effect, but only briefly. However once off the lead, she will walk to heel obediently.

Being a rescue dog, some earlier problems may have taught Sheeba to always strain on the lead. However she was not lead trained when I got her, and initially just went backwards as much as forwards, and side to side, so confused and indeed panicked was she. Initially she just laid on the ground on her back in the submissive position. This was at age of 1 1/2. My conclusion is that as she had spent a year living in some garden shed (apparently), without any formal training (not even house trained) she may have spent some of that time just tied up, and so reacts incorrectly to being on the lead. She will now at least walk in one direction on the lead but she is so hyper that you have to tie the lead to your belt or it wears your arm out holding it.