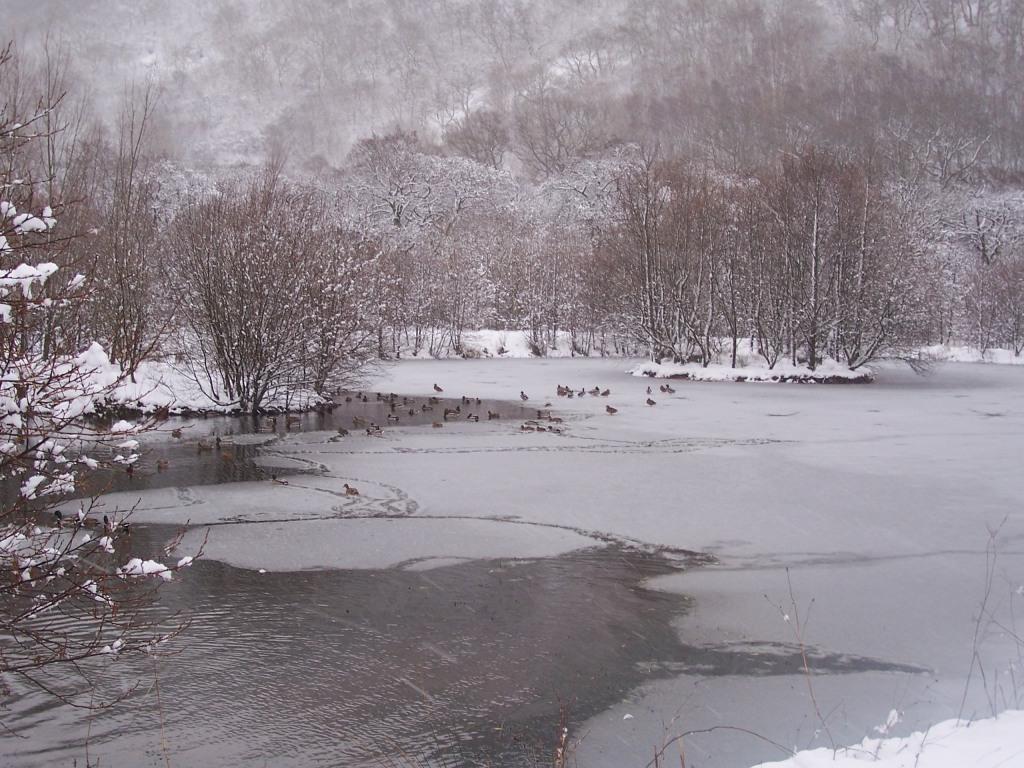 Personally I would prefer to take my dog to a dog groomers. But either as preparation for a visit to the dog groomers for nail clipping, or for your own nail clipping ventures, the below may be useful:

The nails are appendages of the skin. Each nail has a hard outer crust protecting it, and inside there is a blood and nerve supply. Nails, being organs of defense and aids in moving, as well as being useful in holding food while the teeth tear it apart, are very strongly attached to the toes - much more so than our nails.

Dogs' nails are constantly growing to make up for the loss of nail which, in a wild dog, would be worn off by contact with rough surfaces, walking and tearing at food caught and eaten in the wild. House pets however seldom have the opportunity to wear down the nails sufficiently unless the owner and dogs do an extraordinary amount of walking. For several years I walked Sheeba and Jack an average of two hours a day, sometimes on four or five hour runs with the Segway. So I had no problem with nails. This is an unusually large amount of walking and since reducing to an average of an hour a day, Sheeba, who is also charging around less as she gets older, is getting very long nails.

Dogs running on hardcore paths and roads keep their nails filed down by the pavements, but dogs walking on carpets or sleeping most of the time have no such opportunity. In extreme cases their nails curve back under the foot until they press into the toes. Various dogs differ markedly in their rate of nail growth. In some the rate of growth is so rapid that even running on city streets fails to wear their nails down.

When nails get too long they cause painful feet and sometimes real lameness. If the tips are below the pads of the feet, the pads have no traction on smooth surfaces like linoleum or hardwood floors and the dog slides on the kitchen floor, has trouble climbing stairs, and often appears to get lazy.

Nails of house dogs need to be trimmed and filed regularly. Some dogs object so strenuously that they must be muzzled. If you cut too close to the quick and the nails bleed, the capillaries will soon close if the dog is kept off rough surfaces for a while; there is no danger of infections. Silver nitrate styptic pencils are helpful in controlling such bleeding.

The following are the ways to trim dog nail care.

While trimming the nails of your dog try to keep the nails up to the length that just touches the ground or more ideally a little above.

You are recommended to use a nail clipper that is especially designed for dogs and not for humans. The nail clippers for humans are designed to cut flat shaped nails while those of the nails of the dogs are round in shape.

Before starting the process of trimming the nails you are at first required to make your dog quiet and settled. You may opt to sit down with your dog on the floor to trim the nails.

If your dog finds it to be quite frightening try to reassure your dog with a calm voice.

Hold one of the paws in your hand and try to spread the toes with your fingers. You must not trim the nails beyond the lines of the toe’s blood vessel.

Not all breeds or dogs have dewclaws or the remnants of the fifth toe. If you find your dog to be having dewclaws make sure to remove them as well.