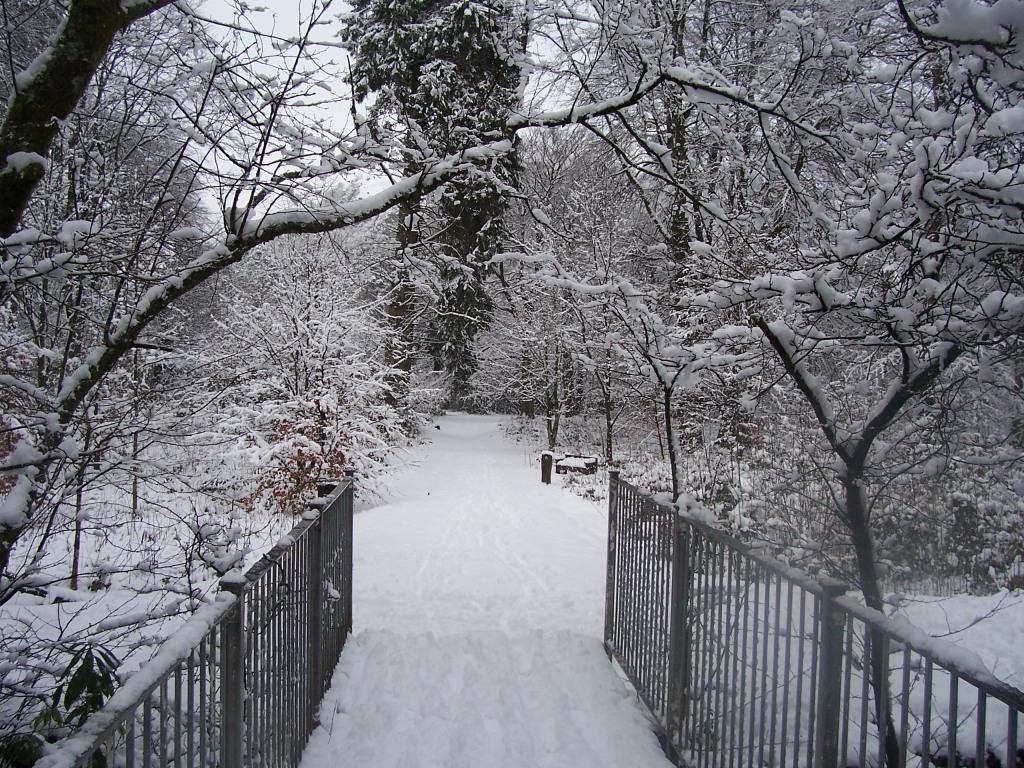 If a drowning dog can be pulled out of the water while its heart is still beating, it can almost always be saved.

Slow, steady artificial respiration is needed but not as you may have been taught to work on a human.

Instead, place the dog on its side and push with the flat of the hand on its ribs. Then pull your weight up quickly.

Repeat at regular intervals about once every two seconds.

Even when the heartbeat is faint, there is hope. It pays to try.

Dog Friendly Article: How your family pet could be maimed or killed by dog groomers:
'Incompetent' entrepreneurs to blame for rise in accidents

A treasured pet, Dusty had died in the most appalling circumstances after being shut in a cage and effectively roasted alive.

Who committed this heinous crime? The very people the dog’s owners were paying to pamper their beloved pet.

Following his wash and groom last July, the 12-year-old Lhasa Apso, a relaxed and friendly dog, doted on by his owners, was left in an industrial hairdryer known as ‘the cage’ while the groomer answered a phone call and forgot about him.

It is not known exactly how long Dusty spent in agony under the intense heat, but harrowing photos taken at the time show his back and stomach bright red and blistered. A few days later, he began coughing up black mucus - a sign that his internal organs had been irrevocably damaged. His owner Toni Rixson, 39, of Grays, Essex, took the heartbreaking decision to have him put down, and informed police of the incident.

Last month, at Basildon Magistrates’ Court,  the groomer Victoria Ellis, 38, and her boss Jacqueline Ward, 44, owner of KayJac Clippers salon in Grays, were found guilty of causing Dusty unnecessary suffering. They were fined £1,000 and ordered to do 120 hours’ community service. Unfathomably, the women were still allowed to practise as dog groomers.

And they are not the only dog groomers to have injured or even killed their vulnerable charges. Take the tragic story of golden Cocker Spaniel Trudie, who also fell foul of the drying cage in October 2011.

She was effectively ‘cooked’ for 20 minutes, a process which left her with blistered and peeling skin and internal bleeding and dehydration. Trudie’s owner, Maureece Sarell, 55, a nurse from Wigston, Leicestershire, was advised by vets to put her down.

‘What happened to Trudie was one of the worst things I have ever seen,’ said Mrs Sarell. Six months later, in April 2012, Jo Taylor, 32, manager of the Yensid Dog Grooming company, was convicted of failing in her duty of care towards the dog. She was given a 12-month conditional discharge and ordered to pay £350 costs.

Both cases were successfully prosecuted by the RSPCA, one of only a handful of prosecutions which have taken place against groomers around the country. Meanwhile, industry experts say the number of dogs suffering at the hands of incompetent groomers is growing all the time. Inspired by celebrities who love to be seen out and about with their pampered pooches, an increasing number of British dog owners now take their pets to the groomers.

Predictably, this has sparked a trend for inexperienced entrepreneurs cashing in by starting up grooming businesses. But pet owners should be aware that this burgeoning new industry is entirely unregulated. Unlike other animal-handling professionals, groomers do not need any formal training or qualifications. The only law governing groomers is the Animal Welfare Act, which says dogs and cats must be kept free from stress, injury and discomfort. Sadly, the only indication the law has been broken is usually when death or a terrible injury occurs.

And the ‘cage’ is behind a number of the most distressing incidents. Purpose-built dog dryers come with safety features such as a high-temperature cut-out and air vents to prevent the dog from overheating. But some groomers opt for cheaper, home-made versions which consist of a tarpaulin-covered steel cage with a heater attached which blasts the dog with hot air.

The machines allow groomers to dry one dog while being free to work on another, but they need scrupulous monitoring to avoid discomfort, or worse. The noise of the heaters also makes it difficult to hear if a dog is in distress. The RSPCA has also been warned that some dog groomers are drugging dogs to keep them quiet during clipping.

A spokesman for the charity said: ‘We have heard that some groomers are giving dogs sedatives. We would urge anyone who knows this is happening to contact the RSPCA.’ Then there is the increasing use of automatic dog washers. These contraptions look like large washing machines, in which the dog is enclosed, while soapy water swirls around its body. But critics say they are exceptionally dangerous and they can cause animals enormous stress.

Paula Boyden, veterinary director at The Dogs Trust, said: ‘Enclosed washing machines have the potential to go wrong with horrific consequences. The level of stress caused is likely to be significantly higher than simply washing a dog in a bath. Washing and drying a dog by hand is the best option.’ The growing number of animal injuries has prompted animal welfare organisations to call for regulation - fast. David Bowle, head of public affairs at the RSPCA, said: ‘At the moment, nobody can tell if a groomer is competent or not. Owners are handing over their pets without knowing how safe their animals are.’

Reputable dog groomers are themselves in favour of regulation, but the calls run counter to current Government thinking which is to decrease red-tape for small businesses. So the number of family pets maimed and killed by groomers is likely to continue to rise.

Alison King, the owner of another dog who died in the care of dog groomers, has urged all pet owners to check the credentials of all professionals who come into contact with their dogs. Her six-month-old Shih Tzu Rosco was accidentally strangled to death by groomers at Dippers salon in Donnington Wood, Telford, Shropshire, in August 2009. Unused to the grooming process, the agitated puppy started to wriggle and resist. So groomers Pamela White, 66, and Rebecca Haire, 23, strapped him into neck and stomach harnesses and grabbed him under the chin. But the pressure applied was so great, Rosco collapsed and died on the grooming table. A post-mortem examination carried out by an RSPCA pet pathologist found he had died of asphyxiation from excessive pressure applied to his neck, which led to a cardiac arrest. Hand prints around his neck were visible.

At court, both groomers pleaded guilty to causing unnecessary suffering by unreasonably restraining the dog and blocking its airway. Both received 18-month conditional discharges, and were ordered to pay £198 in compensation and £500 post-mortem charges. But the judge refused to ban the groomers from operating as he felt their error was a ‘one off’. Alison, 39, was horrified. She said: ‘These women were supposedly experienced at working with dogs and called themselves dog lovers. Yet they did this to Rosco when it was clear he was suffering. ‘It’s horrifying that they will be allowed to do this to another dog.’

In another distressing case in December last year, Cocker Spaniel Missy was left with a two-and-a-half inch scissor cut to her right ear. After the grooming session five-year-old Missy was in obvious pain, and her injured ear was full of dried blood. Her owner Natalie Speirs, 41, a teaching assistant from Kettering, Northamptonshire, took her to the vet, who discovered her ear ligaments had been severed. Surgery was needed to repair the damage. Despite the obvious injury, the groomer, who cannot be named for legal reasons, refused to accept responsibility. Only the RSPCA took up the case. Local inspector Clint Davies visited Missy and examined her wounds, and, two months on, is still attempting to meet the groomer.

Mrs Speirs added: ‘I was stunned there was nobody to go to about this. Short of the RSPCA taking it upon themselves to prosecute people privately, groomers can do what they want and get away with it.’

Many cases that never reach the courts are listed on websites. In one post on petforums.co.uk, the owner of a Miniature Schnauzer puppy, Millie, described how one groomer handled her pet. ‘A groomer picked up Millie by her front legs, shouted at her and was aggressive, holding her tightly. Then she said: “This dog needs a sleeping pill to calm her down”.  Millie is only 20 weeks old!

She then turned to another dog who was barking loudly and said, “Shut up, or I will kill you!” ’  In post after post, the pet owners repeat the same refrain: ‘I thought these groomers  were qualified. How is it that they can get away with this?’ The answer is, of course, ‘very easily’. And until there is sufficient regulation, nothing will change.

All caring pet owners can do in the meantime is follow the advice of the Pet Care Trade Association. They suggest getting a referral for a good groomer from your vet.

Most importantly, owners are urged to check that a groomer never sedates animals, uses a dryer cage or keeps them for longer than 90 minutes. Sage advice that comes too late for the owners of Dusty, Trudie and Rosco.

The petition to get pet grooming licensed is at epetitions.direct. gov.uk/petitions/44758