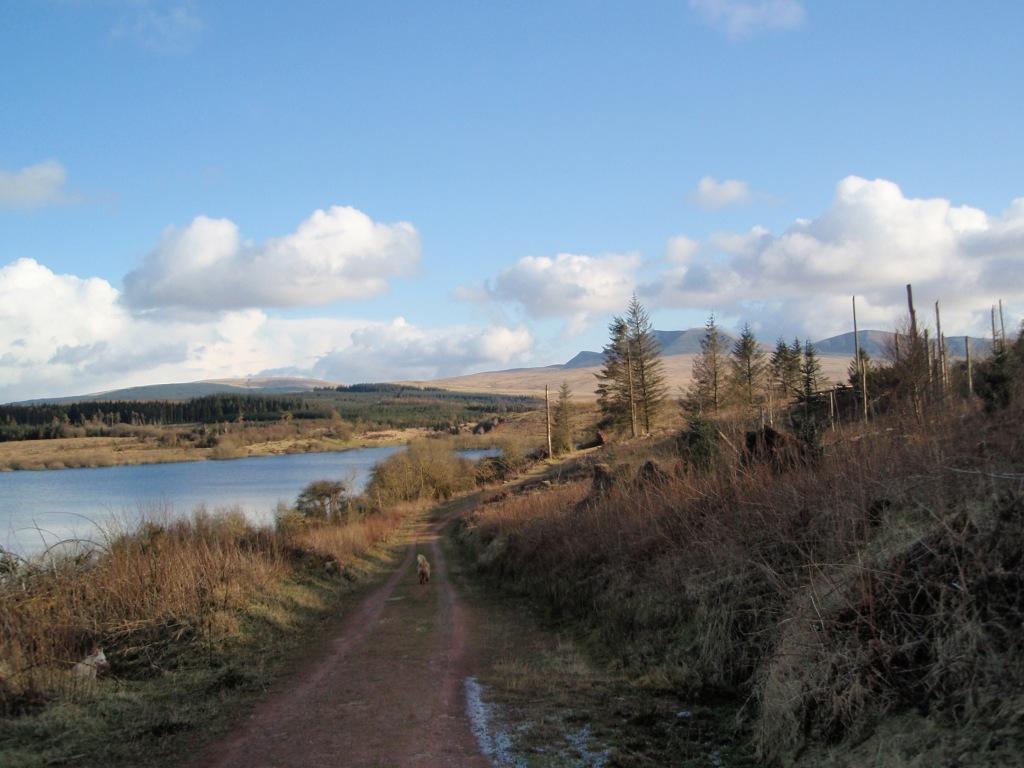 The surface of the forest tracks is a mixture of compacted stone and long rutted tarmac roads.

There are opportunities for shorter strolls, both on tarmac around the 'dam' end of the reservoir, where there are the occasional small boat. Or you can go on to the forest tracks.

Some tracks branch off to the right. However after a while these terminate in a dead end - at least the two I tried did.

The circular route is on the whole flat, though there are some minor hills with some long slopes. Some would argue that giong in a clockwise direction will mean the longer slopes will be downhill. However I always go around it anti-clockwise, so the roadwork part is left to the end of the walk.

The paths are used by the occasional cyclist but I have rarely seen any. You cannot drive around it but you can Segway around it. Sadly my Segway needed new batteries after 2,000 miles, which are £700 each (it has two batteries); this rather put me off getting them replaced.

Fishing is available with concessionary rates - you pay in the shed on the north (dam) side of the reservoir.

There are some lovely views of the lake and surrounding countryside from the car parks.

At the far end there is a picnic table and a bridge (recently renewed) over a small stream. If you take some flasks with you, this is a nice spot for a cup of tea and a newspaper or good book. The picnic table and stream at the bottom, opposite end of the dam, means you are about one third of the way around - almost half way but not quite - assuming you are going anti-clockwise and parked up at the dam.