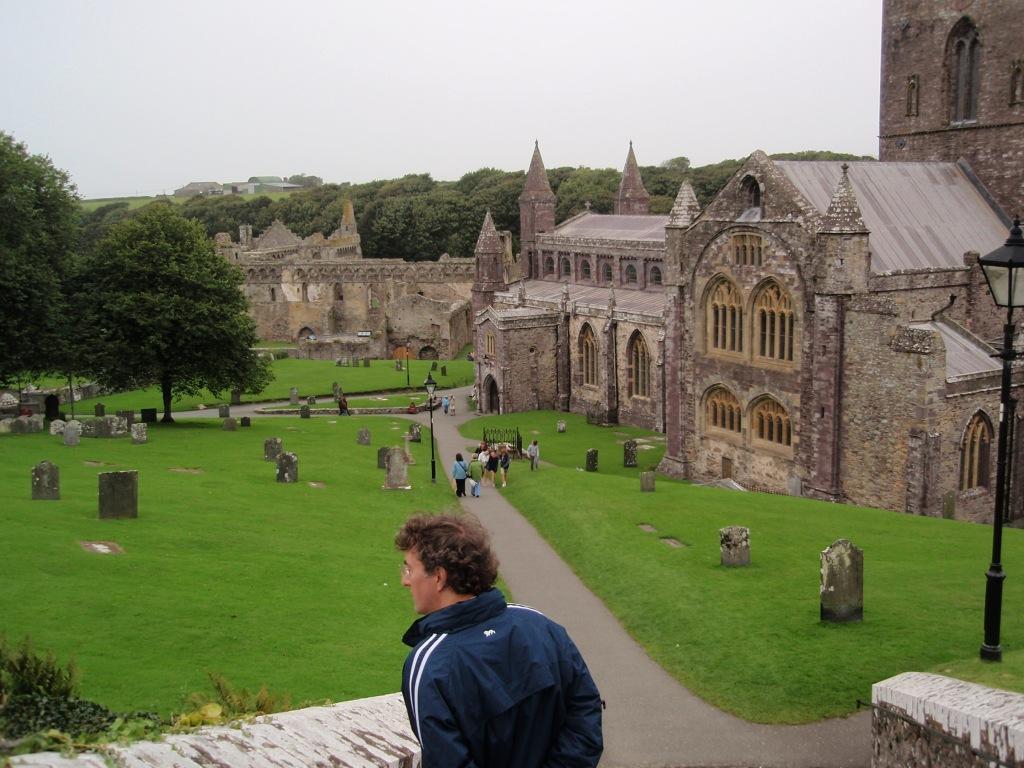 By the 19th Century the city of St Davids had become isolated and neglected and was described in the Penny Cyclopaedia:

"At present its appearance is that of a poor village, the houses, excepting those of the clergy, being in a ruinous state. The locality is lonely, and the neighbouring district wild and unimproved; but it is still an interesting place as the seat of a large episcopal see, with a fine cathedral and the remains of other magnificent religious edifices."

Since then, better transport and the advent of tourism has helped the city regain its fortunes.

If you are staying at Craig y Nos Castle this is really only a trip you might embark upon if it takes your fancy to get to the western most point of Wales, which this pretty well is. It is not really dog friendly however I did find some useful bays and beaches to walk along nearby, so this gave the dogs a much needed run. On the day I visited with my wife and Jack and Sheeba it rained most of the day. This did not bother Jack and Sheeba at all.