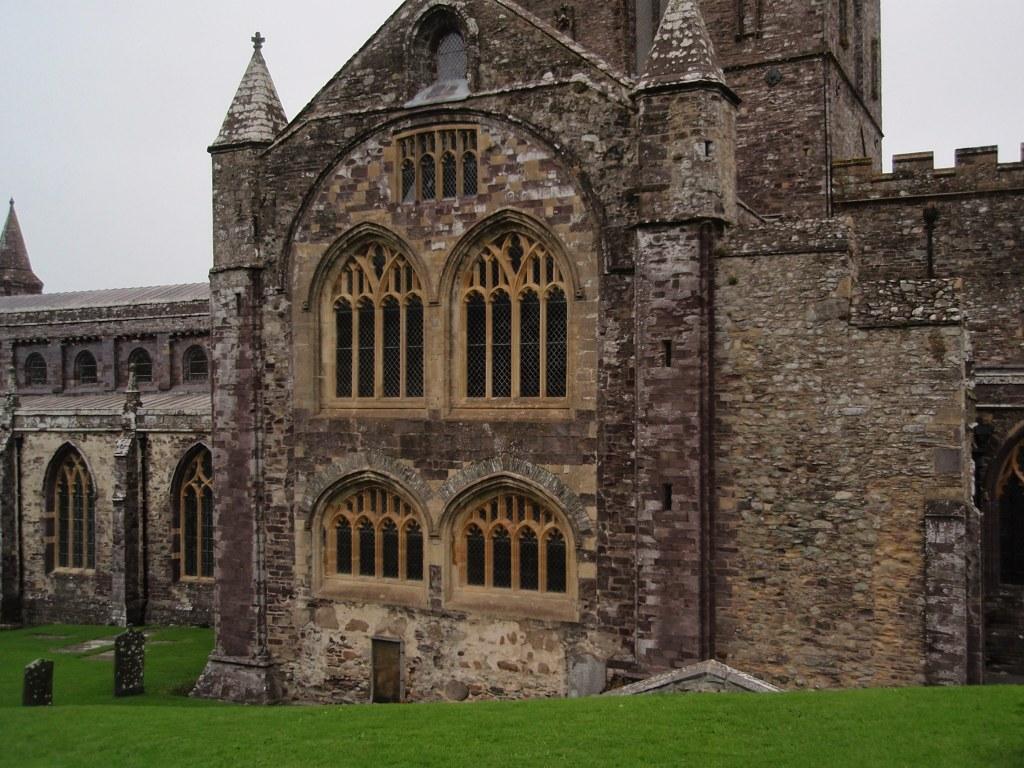 In the 6th Century Dewi founded a monastery and church at Glyn Rhosyn (Rose Vale) on the banks of the river Alun.

The monastic brotherhood that Dewi founded was very strict. As well as praying and celebrating masses, they cultivated the land and carried out many crafts, including beekeeping, in order to feed themselves plus the many pilgrims and travellers who needed lodgings.

They also fed and clothed the poor and needy.

The settlement that grew up around the monastery was called Tyddewi meaning David's home.

In 519 the archbishopric of Caerleon in the county of Monmouth was transferred to Mynyw, which was renamed St Davids in honour of the archbishop and saint by whom the transfer was accomplished.

The original cathedral built on the site was often plundered by the Vikings and was finally burnt and destroyed in 1087. The present cathedral was built by the Normans and contained many relics including the remains of St. David.

It was visited by many pilgrims, many of whom were nobles and kings including; William the conqueror in 1077, Henry II in 1171, and Edward I and Queen Eleanor in 1284.

Pope Calixtus II decreed that two pilgrimages to St David's were equivalent to one to Rome. Because of this, a vast income was raised from visiting pilgrims in the Middle Ages.

However Pilgrimages later fell out of favour and so the 'tourist' style income provided by hundreds of visiting pilgrims declined.