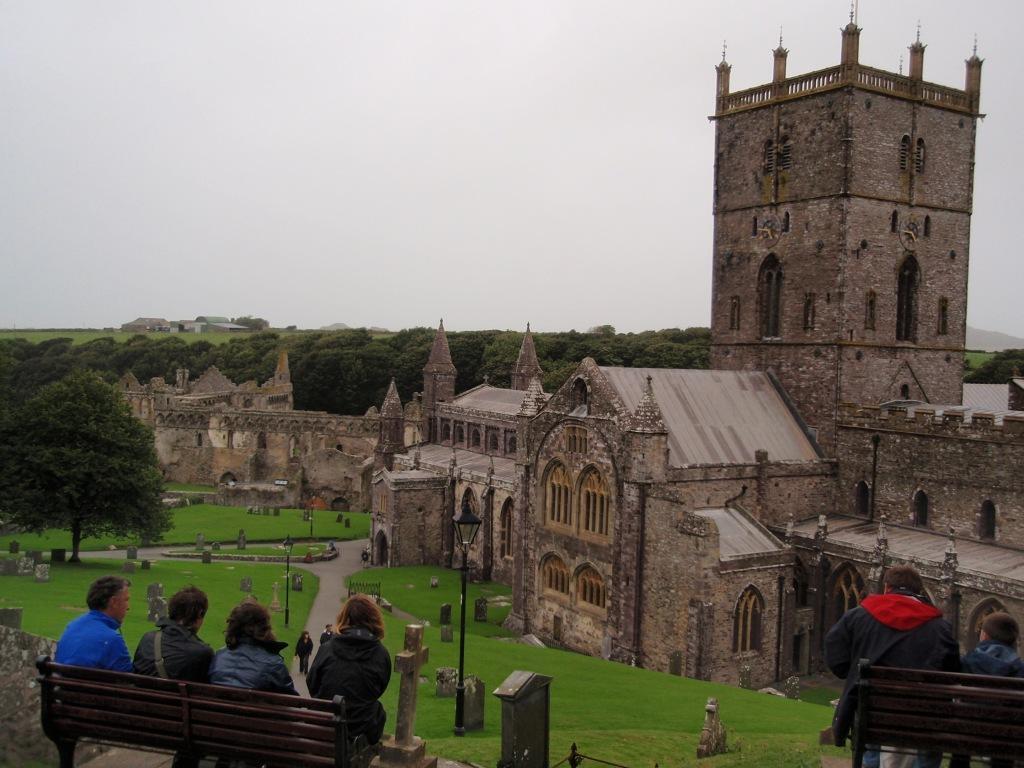 St Davids is a city despite the village being no more than a village. Any town with a Cathedral in it can be called a City.

Lying on the River Alun on St David's Peninsula, the little Welsh 'city' of St. David's is Britain's smallest city in terms of both size and population.

Saint David is the country's patron saint, and this means the City is the ecclesiastical capital of Wales.

It is most definitely a long way to go, so to make the most of it, since the only publicly accessible building worth looking at is the Cathedral, you have to be prepared to spend some time in and around the Cathedral. It is actually very impressive inside, though all wooden carvings and ornate old wooden ceilings. I thought it would be a big problem if it caught alight, given the distance from anywhere with lots of fire engines.

You can walk dogs around the Cathedral Grounds and we duly walked ours around, taking turns to go inside the Cathedral while someone waited outside with the dogs on leads.

I did not find any useful dog walks at St. Davids, just a muddy track leading off from beyond the Cathedral, past an interesting old ruin (the Monastery?) that was all closed up. The track did not seem to be a right of way going anywhere.