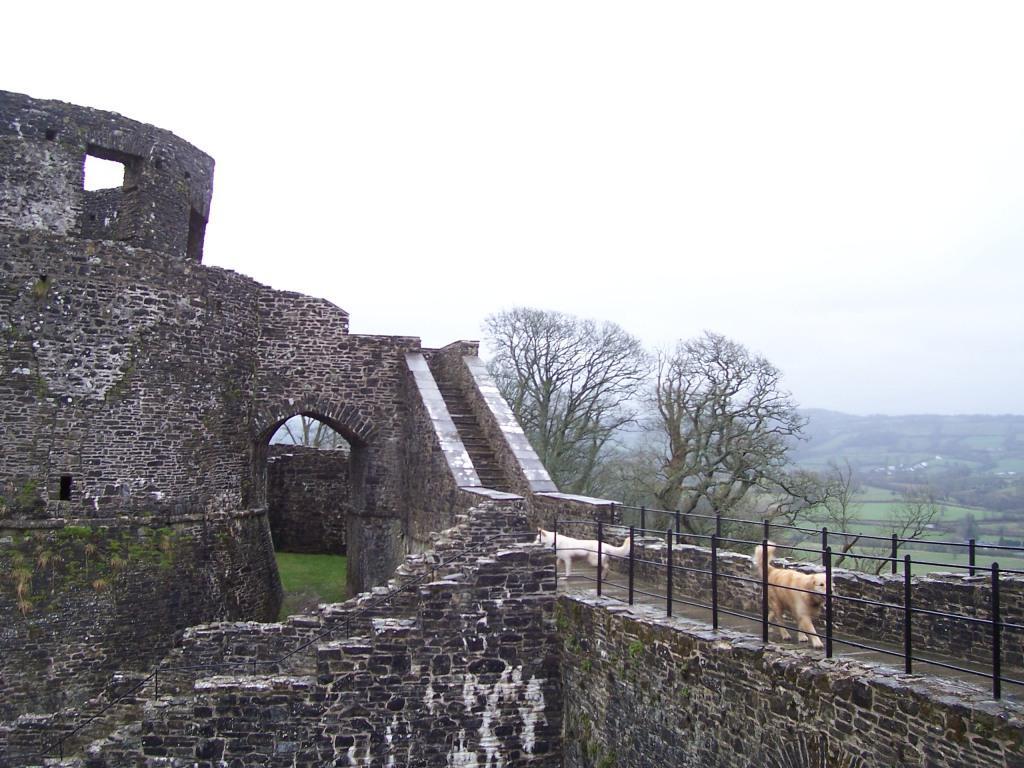 Situated on a majestic hilltop above the Tywi Valley, Dinefwr Castle occupies a place of great affection in the minds and traditions of the Welsh people. Dinefwr Castle is associated with the princes of Deheubarth, the kingdom in south-west Wales.

Evidence suggests very strongly that the history of Dinefwr Castle is entwined with the rule of the Lord Rhys (d. 1197).

Over time the castle changed hands between the princes of Deheubarth (they rather fought each other for the kingdom) and gradually evolved into a formidable fortress. It fell to the English Crown from 1287, thereafter becoming a centre of English royal administration and authority.

By the end of the Middle Ages the castle had fallen into ruin and was over-run by ivy. The Castle had a new lease of life when a conical roof was built on to the keep to create a picturesque summerhouse.