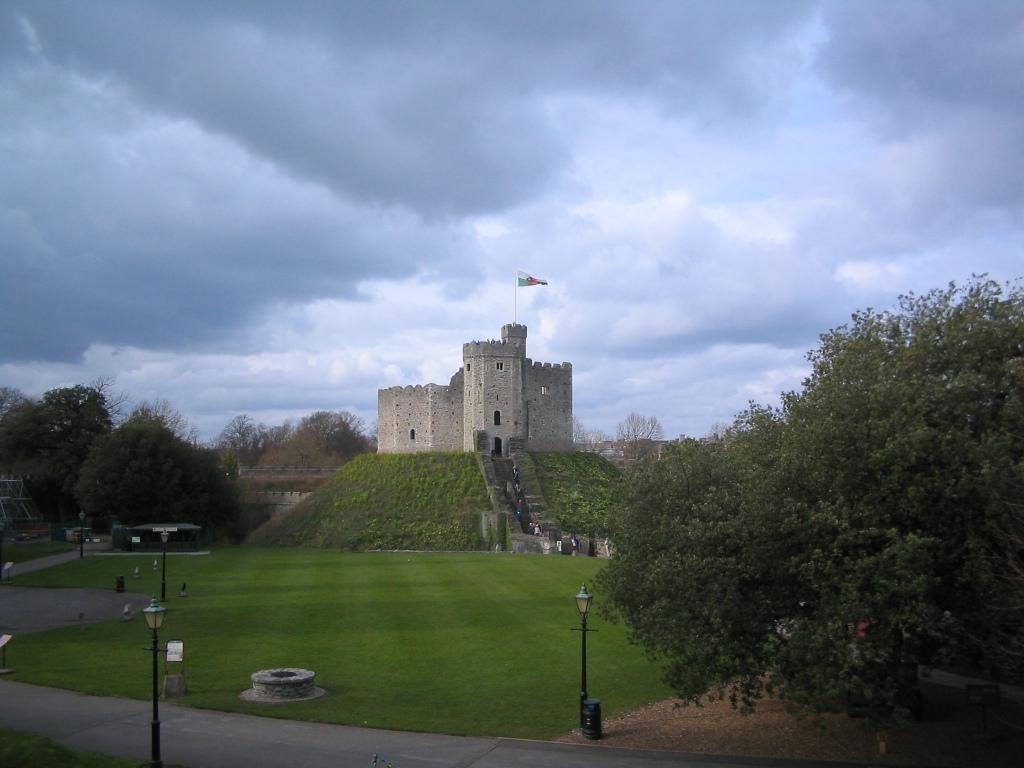 The first Norman castle was built on the site in about 1091, by Robert Fitzhamon, Lord of Gloucester and one of the Conqueror's favoured followers, an earth and timber fortification, merely a mound and bailey.

The motte, erected over a rocky hillock, was some 40 feet tall, and would have been protected by a timber palisade.

During the 12th century, the castle's lord, Robert "the Consul" (the natural son of King Henry I), realized the defensive value of reinforcing his fortress with stone and ordered the construction of the shell keep. The 12-sided keep survives in fine condition, the only significant additions being its 15th century gatehouse and the stairway breaching the sloping motte.

For a time, the keep was the prison of Robert, 2nd Duke of Normandy (and also FitzRoy's uncle), on the command of FitzRoy's father, the king.

Much of Cardiff Castle's history revolves around conflicts with the native populace. In 1183-84 the Welsh revolted, and caused much damage to the castle and its associated town. Even though the powerful de Clare family took hold of the castle (as well as numerous other estates) in the following century, problems persisted with Welsh insurgency.

In the 1270's, when Wales was unified under the leadership of the charismatic Welshman, Llywelyn ap Gruffydd (the Last), Gilbert de Clare refortified the castle in anticipation of further Welsh rebellion. The curtain wall was strengthened and construction of the Black Tower and south gateway was initiated. The much awaited assault never occurred and de Clare's work remains to this day.

Visiting Cardiff Castle will only take a couple of hours. The impressive interior is suitable for a rainy day, while in good weather, walk across the courtyard and explore the mini prison 'tower'.