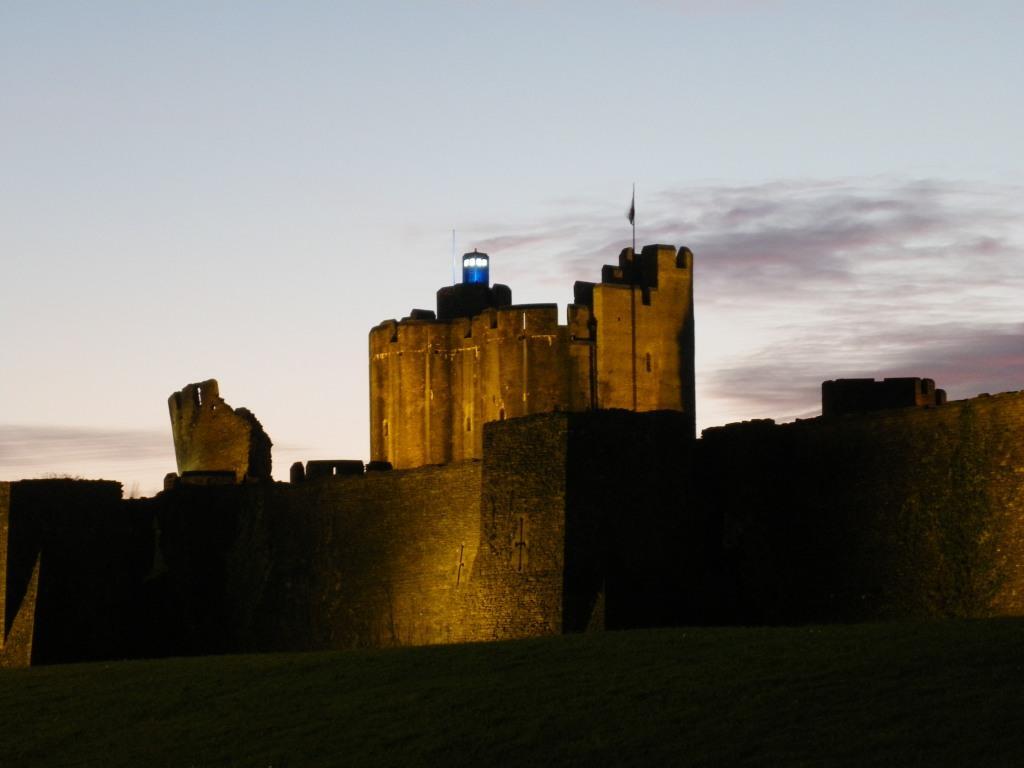 Caerphilly Castle and Dr. Who's Tardis

"We've just had news that BBC Wales are locating Doctor Who's Tardis in Caerphilly Castle… from 6th – 12th September 2011 visitors can see the Tardis up close within the Castle walls."

Hmm: looks as if this might have been for a BBC Proms event on this date range only, so maybe the Tardis has since moved on?  I will check.

The BBC article reports: "Caerphilly Castle is playing host to a futuristic visitor over the Christmas period. After travelling through time and space Doctor Who's Tardis has landed at Wales' largest moated medieval castle.

The blue police box which is located on top of the Inner East Gatehouse tower will be lit up during the night and will stay there until the New Year."

So we presume it has now flown off again!

The castle was used to film scenes for the two part Christmas episode of Doctor Who, entitled 'The End of Time'.

Tardis stands for Time and Relative Dimension in Space - the machine has been the chosen mode of transport for all of the ten Doctors on their intergalactic adventures.

The End of Time is the final journey for the tenth Doctor, played by David Tennant, as he prepares to do battle with his nemesis, the Master.