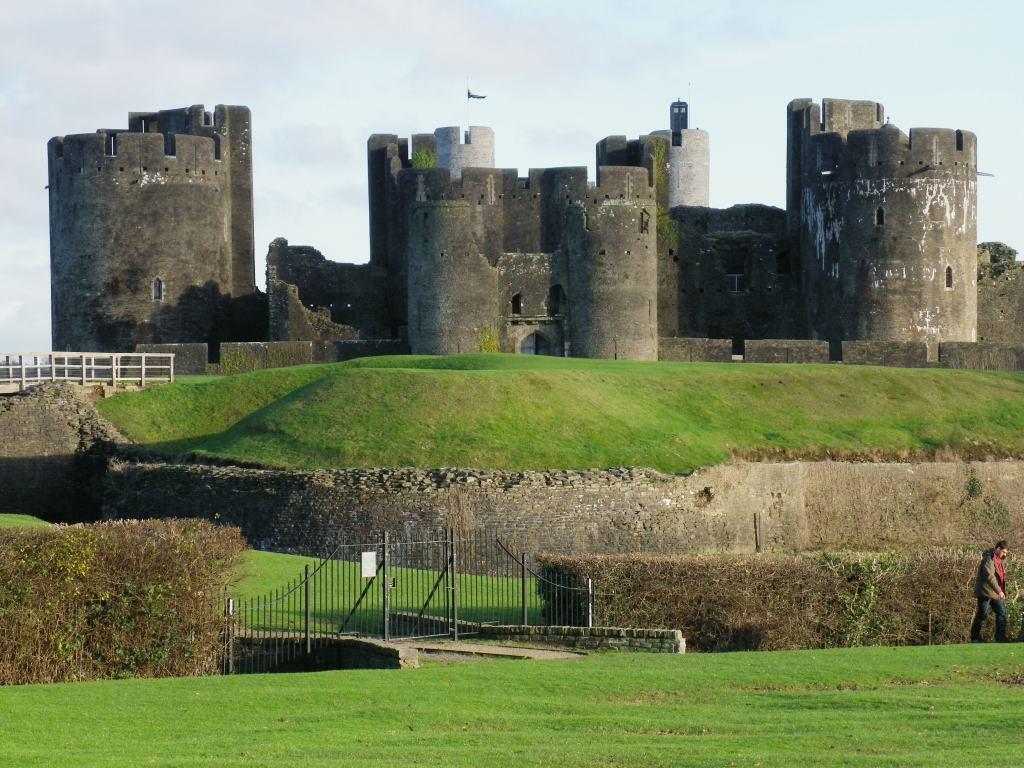 Caerphilly Castle is unusual in being a late castle built on a virgin site.

The concentric arrangement gave rapid access to any part of the castle by mural passages and wall-walks. It meant towers and gatehouses could be independently held. Any attackers could be repelled and it's design prevented siege engines reaching the inner walls.

There are numerous portcullises to different self contained areas of the castle, each of which could be independently defended.

The south and north lakes around the castle formed an almost insuperable barrier to attackers. The dams themselves are a major achievement of medieval engineering.