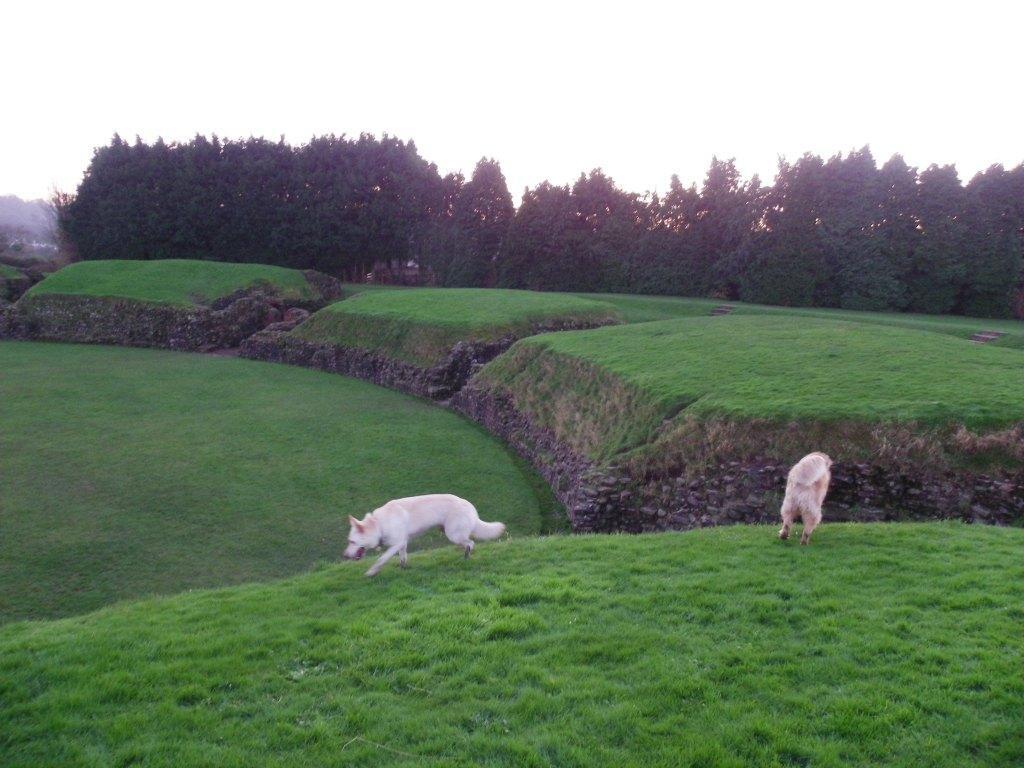 During archaeological  excavations 242 Roman coins were found, and these were useful in dating the phases of construction.

Of equal interest were the post-Roman coins.

Five silver pennies of Edward I - III were found level with the surviving top of the arena wall. They lay in positions which they could not have reached by accidental percolation, and there can be little doubt that they were lost by those involved in 'robbing out' the stone for building use in the 14th century.

These all provide evidence of trenches being cut into the structure for the recovery of building stone. This means much of the amphitheatre would have been better preserved but for the removal of stone for building other buildings.

It can also be presumed that much of the local town is built out of stone salvaged from the Amphitheatre and Roman Barracks.