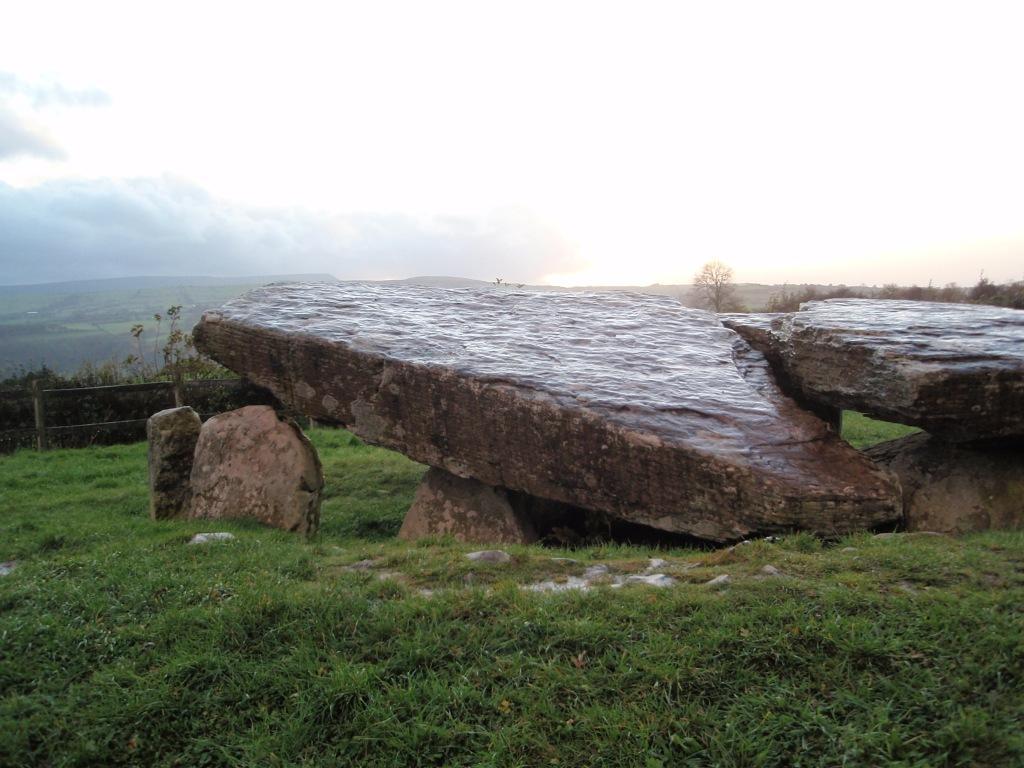 Location: 7 miles E of Hay-on-Wye off B4348 near Dorstone. An atmospheric Neolithic burial chamber made of great stone slabs, in the hills above Herefordshire's Golden Valley.

The tomb is one of many prehistoric monuments in western England and Wales to be linked with the legend of King Arthur. Some tales suggest the tomb was built to mark the location of one of King Arthur's battles, while others tell that the stones were already present when Arthur slew a giant on the spot, who fell onto the stones and left indentations in one of them, which remain to this day.

Others suggest the indentations on the Quoit Stone were left by Arthur's knees or elbows as he knelt there to pray.